Phu Quoc Pepper is pepper grown in Phu Quoc, a 28 island district of an archipelago located off the coast of southern Vietnam. Phu Quoc pepper is famous for its heat, pungency and strong aroma, especially the red pepper. This pepper is regarded by many culinary experts as one of the finest peppers in the world. 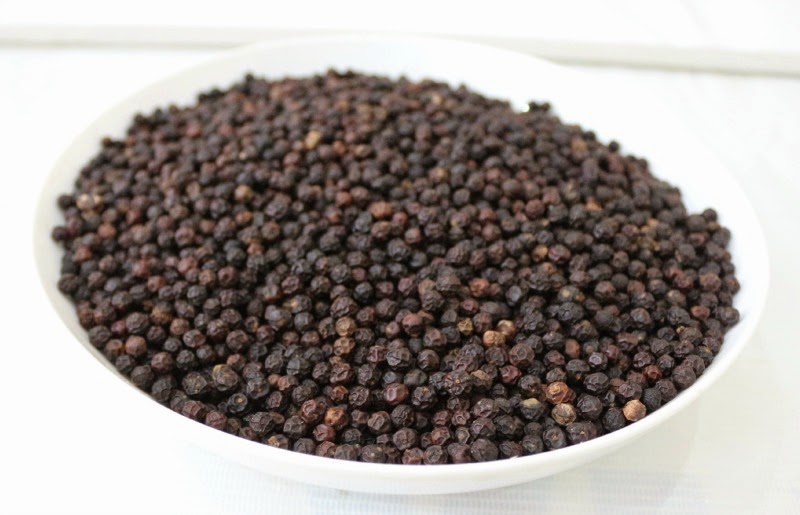 In Phu Quoc, farmers do not use chemical fertilizers but organic fertilizers and dry peppers under the sunlight instead of by machine as in other regions. There is approximately 385 ha of pepper plantations on Phu Quoc Island. Ripe peppercorns are collected by hand and divided into 4 kinds, but they are actually the same pepper species.

Black pepper: Phu Quoc Black Pepper is the sun dried version of the pepper fruits. When the pepper is completely dried it is referred to as a “peppercorn”.

Red pepper: The Phu Quoc Red Pepper are bigger and more aromatic. The red color indicates that the berry is ripe.

Green pepper: The green pepper is the unripe fruit which contains the most desirable favor. It’s great for cooking and making herbal teas.

White pepper: Phu Quoc White pepper is peppercorn that is stripped of its husk. It is much less sought after. 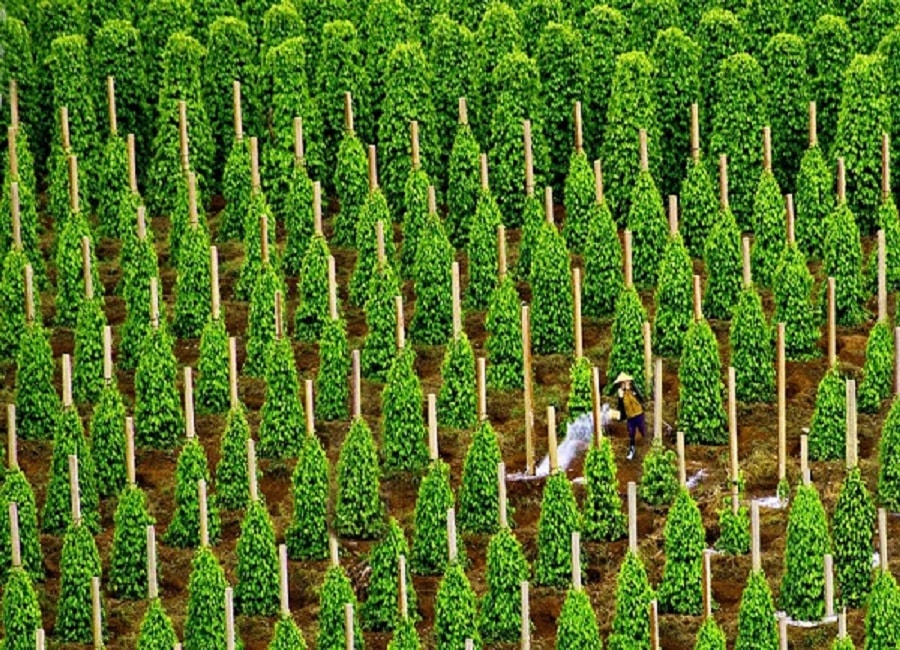 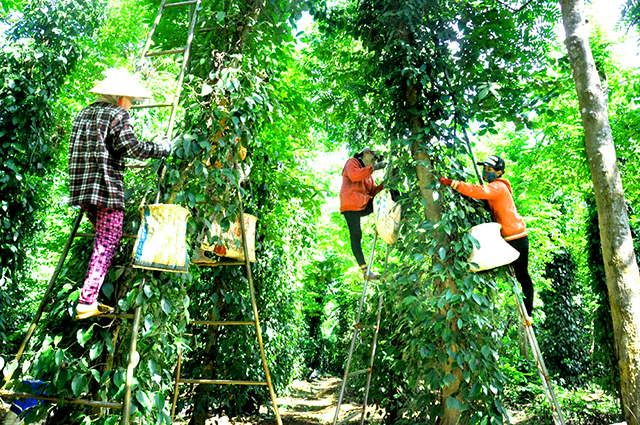